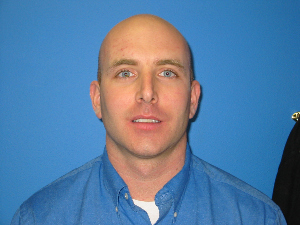 Most people would probably think that we have a complicated way of growing our business. My company, Campbellsport Building Supply, buys other supply stores when they’re on their last legs. We’ve done it three times in the last 10 years, most recently this past winter. We’re successful because we’ve found a M&A formula that works: Wipe away any remnants of the old company and rebuild from the ground up.

That’s not to say there aren’t a few bumps along the way, but our strong corporate culture is really what makes it possible. While I concentrate on the new acquisition, I can trust my staff to put out fires.

We found out on Dec. 1, 2009 that Drexel Interiors, a home decorating store, was planning to close its nine locations in Wisconsin. Not two weeks later, we’d bought its biggest, oldest and most profitable store. We bought the location and assets at fire sale prices. It was a huge deal: The closing itself took 19 hours

Our goal was to keep the store open while making the necessary system and staff changes. That meant having staff and managers from our other stores ready to move in the moment we took possession. It also meant that I had to spend pretty much all of my time focused on the one store, leaving our three other stores to fend for themselves.

When we take on a store that is failing, we essentially wipe away the old corporate culture and replace it with our own. Why bother trying to merge something that works with something that has proven not to? That process might seem strong-armed but it’s really the only effective way to turn a store around quickly.

I’m the entire HR department and the sales department manager for our entire company of 130 employees — in my opinion, those are the two most important components of a successful business. It puts a lot of work on my shoulders, but we have a great staff and we outsource a lot of other functions, like accounting. We hire 85 percent of our managers from within the company. That makes for a strong corporate culture. And once you have confidence that the people you’ve hired think like you, you can afford to give them their independence.

Knowing that my managers at the other stores are able to put out fires without my help is crucial when bringing on a new store. Since we bought the Drexel location, I’ve spent 50 hours a week on site. I interviewed and rehired each of the previous employees personally (after six months, we ended up with 16 of the 42). We had to replace the existing computer systems and train the rehires on the new system — all while the store was open.

We also were essentially starting at ground zero in that we had to renegotiate new deals with vendors and clients. The cabinet vendor proved to be particularly problematic — it was uninterested in renegotiating, which meant we didn’t have cabinets to sell and all our floor models were obsolete.

We eventually found a new supplier, but it took a huge amount of my time away from getting the store up and running. The fact that we had a fantastic manager in place and that my staff were all on the same page is largely why the store is already on its way to a 50% increase in sales — with just half the number of staff it had when Drexel owned it.

Our formula works. When most of the rest of the industry has been ailing, we are pushing $39.8 million in revenues from 2009 and growing. It’s because we’re all on the same page. That allows us to take a huge step up in growth while staying true to what’s kept us successful. It also allows me to stay close to home and keeps my work hours in check. When I got into the family business I promised my wife that I wouldn’t spend more than 60 hours a week working. The way we grow our business has played a huge role in helping me keep that promise.

– As told to Peter McDougall

Joel Fleischman has lived in Wisconsin his whole life. He worked in the family business and went to the local state college, the University of Wisconsin Oshkosh. When he was 18, he swore he would never do any of these things.