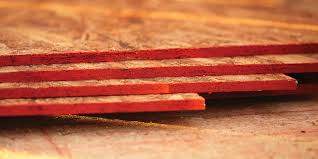 This article was shared on LinkedIn via a Structural Components Group.  It’s a great read.

Home buyers naturally take for granted that the floor system in a new house is safe and complies with the building code—and rightly so. But home buyers also have expectations for their floors that are unrelated to safety or the building code. In particular, many home buyers are aware of their floor’s “vibration” in response to foot traffic, which some people find annoying or disturbing.

In Canada, the building code includes limits on floor vibration. But U.S. codes don’t regulate floor vibration. So most U.S. builders design for deflection only—typically by holding deflection due to live load to a maximum of L/360 (where “L” is the floor joist span), or perhaps a more restrictive L/480.

Unfortunately, however, code compliance does not automatically equal customer satisfaction. Some components of a floor system that greatly influence the floor’s response to foot traffic—such as the presence of a ceiling, floor sheathing, supporting beams or girders, and partition walls—are not captured in the live-load deflection analysis required to satisfy the code.

To make things even more complicated, floor vibration is highly subjective: A floor that feels fine for one person may seem annoying to another. For example, the buyer who previously occupied a slab-on-grade residence may have a different performance expectation from the buyer who has been living in the upper levels of an apartment complex. Additionally, problems not related to floor vibration, such as squeaks or sound transmission between rooms, often create the perception of poor vibration performance.

Subtle changes in floor usage or joist spans may also result in floor performance complaints. One common problem area is a kitchen with an island, where a homeowner may notice rattling dishes or ripples in a glass of water. A change in joist span at a bay window may also be a trouble spot, even if the difference in spans would seem to be slight. A short stiff member will make the longer spans feel softer.

Laboratory research at Virginia Tech has shown that customer perception of floor vibration is related to the frequency of the vibration. Using test floor systems built in the lab, researchers found that people were particularly sensitive to vibrations of about 8 or 10 Hz (cycles per second). At higher frequencies, vibrations were perceived as less annoying. Field investigation in real homes confirmed that occupants were not bothered once the vibration frequency went above 14 Hz.

Below is one example (for TJI 210 series joists) drawn from the output of the TJ-Pro Ratings System. Increasing joist depth or increasing sheathing thickness improves the floor response. Increasing both at once leads to a very high rate of customer satisfaction. But as the live-load deflection numbers indicate, reducing vibration requires that joists be much stiffer than required by code.

Rather than learn by trial and error—by building homes and then responding to callbacks—the user of this software gets a whole set of “knobs to turn” during the design phase. By knowing the home buyer’s expectation of floor performance in terms of a simple probability number, builders and designers can reliably design floor systems that are likely to satisfy the customer.

The deeper I-joists and thicker subflooring panels in this improved floor system may add to the materials cost. But labor savings could counteract some of that up-charge. APA – The Engineered Wood Association is currently promoting floor designs using deeper wood I-joists at wide spacings with thicker sheathing, calling the system a “premium floor assembly.” As APA points out, such a floor requires framers to handle fewer pieces of lumber, and uses fewer tubes of subfloor adhesive and fewer fasteners than a floor with lesser joist depth and closer on-center spacing.

But keep in mind that the floor joist assembly may not be the only factor that affects floor vibration. Researchers at Virginia Tech reported that a floor with very good performance on its own may show unsatisfactory performance if it is supported by a girder or a partition wall that doesn’t perform up to the same level. Framing workmanship can be a factor: Where joists are attached to the face of a girder, small gaps between the joists and joist hangers can affect the whole system’s vibrational response to footfalls. By the same token, if multi-ply girders are not built up with sufficiently long nails or structural screws to distribute the impact forces to all plies of the girder, the whole girder-and-joist assembly may vibrate at a bothersome frequency because of the flexible nature of the poorly connected outside ply.

Supporting wall construction can be a similar quality issue. If mid-span supporting walls under a floor aren’t sheathed, the “give” in the wall studs may have a vibrational response frequency that creates a subjective quality issue. Applying drywall to those studs will brace the studs against lateral vibrational movement; but gaps between wall plate members could also allow a noticeable vibration response. In the case of a kitchen with an island, blocking may also be helpful to ensure that the joists evenly support the load, in order to mitigate any differential deflection and resulting “tipping” motion of the island. These quality issues may not be predicted even by a sophisticated tool like the TJ-Pro Ratings System. So to avoid callbacks and problems, it’s still important for builders to pay attention to their own field experience and to adjust their construction quality measures accordingly.

Framing a floor using deeper I-joists at wider joist spacings, but upgrading the system with thicker sheathing, can minimize floor vibration. The added materials cost may be partially offset by labor savings, and the deep, wide joist cavities allow ample space for mechanicals.